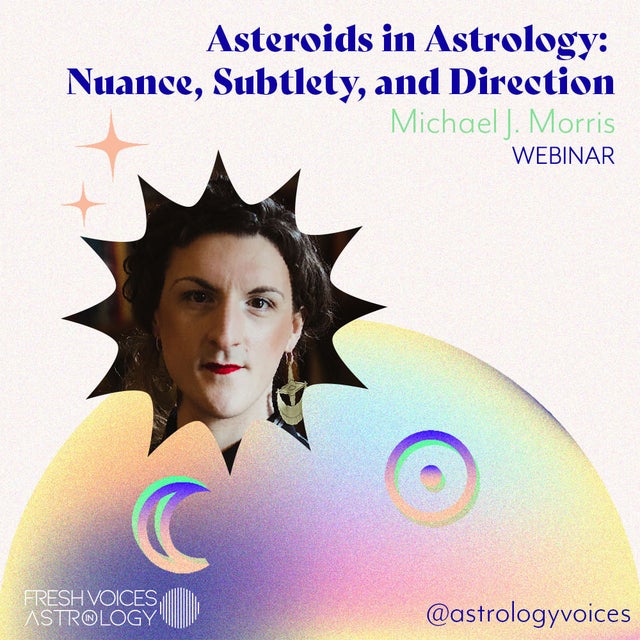 This talk was given as a webinar with Fresh Voices in Astrology on 3 July 2021.

In this talk, Michael J. Morris will introduce the use of asteroids in natal astrology, including both the asteroid Goddesses — Ceres, Vesta, Pallas, and Juno — as well as the use of minor asteroids. Asteroids are relatively small celestial bodies that are not visible to the naked eye. The first four asteroids were discovered between 1801-1807, and now there are over 1 million asteroids identified in our solar system. Michael will introduce participants to philosophical, mythological, technical, and practical considerations for working with asteroids in natal chart delineation. In particular, they will focus on the use of a specific set of minor asteroids named after Greek deities who are venerated in the surviving Orphic Hymns, with plenty of chart examples from their ongoing client work. Asteroids hold the potential to bring subtle details and nuance to our understanding of the purpose and life direction described by each birth chart.

-Written text for the presentation (PDF)